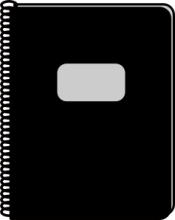 Even if you aren’t as productive as you’d like to be, I appreciate your desire to stay in the moment, writing about the momentum. Believe me, it helps others to find their own motivation.

Andrew, thank you so much for saying that. I’m glad to pass along that kind of inspiration because the person who got me into doing this had the exact same affect on me some years back with his regular updates (Warren Ellis on his website). Now he does so through a weekly newsletter e-mail called Orbital Operations (subscribe here: http://www.warrenellis.com/) that keeps me inspired and thinking about the work before me, not to mention his semi-daily blog (http://morning.computer/). I recommend you subscribe and get a regular dose of motivation as well.

We get our help in the strangest of places. I’ll check him out. If I’m not mistaken he did the original story for RED that funny silly film with Helen Mirren and John Malkovich

Yeah. The movie was naturally lighter than his original graphic novel, but yeah.