I have a bunch of stories that need homes. That means I have much work to do in the New Year (and prior to it).

Hello and good day to you all. As I write this the sun is finally shining.

A bit of irony in that tidbit is that today is also the Winter Solstice. But I’ll take what small bit of luminescent glory I can from that great ball of radiated plasma in the sky.

About the aforementioned work: I has only recently returned to the world of writing prose fiction. I’d been threatening this a few times over the past three years while I basically blogged and wrote comics journalism, while also making feeble attempts at breaking into the comics industry to write comics and graphic novels. That’s a nigh-impossible task without available, competent and trustworthy artists. Admittedly I didn’t quite give that particular arduous journey the desperate push it apparently requires, but that’s a sad story for another day. Writing and publishing prose — which I’ve not done in earnest since late 2011 — is a comfy old sock for me, and not only because it puts so much more control within my hands. There’s just something very empowering about being in (almost) complete control, internally and externally, of what ultimately happens with the art you produce. Comics, movies, television — not so much. Short stories and (someday) novels? Today’s avenues to publishing are so much more abundant and the roads are far easier to travel, despite all the snow and ice that are a plethora of other writers doing the same thing. So that’s where I am, again. Good to be home.

Don’t get me wrong, though. Going it alone can be just as daunting a task (though arguably so much more rewarding). The art producing duties AND the administrative and business duties fall on the relatively unknown, small press author’s shoulders so much more than say those of an author with an eager agent, a committed publisher and a ratified book contract. So, no, it’s not what you’d call easy work. Nothing worth doing ever is. I’ve been away for a bit, so researching the market and all the options that are available is what will keep me up late these next couple of weeks. Re-reading, proofing, editing, tweaking, rewriting, formatting — all those activities tend to take place when a writer pulls up previously completed works or works-in-progress. I have an abundance of both, so I’m not even considering all-new work in this. The low-hanging fruit, of course, is the previously published and out-of-print or circulation work that’s sitting around not getting read anymore. That should not be the case. WIPs are naturally the next priority.

None of this is to say that all-new work will not be addressed, though. Most any writer’s head is filled to capacity with embryonic stories begging to be born, so much of the preliminary work — if you’re not a one-track-mind kind of creative person — is done inside the mind, often long before the writer sets pen to paper or fingers to keyboard. We’re always writing, whether it’s physically or merely within the abstract of our troubled minds.

But, first, research and re-publishing. On the hunt for online venues, new and old, as that’s an area I’ve largely not conquered since I was more focused on print. Several markets have come and gone in both print and web during my three year hiatus. That’s always troubling, but I soldier on. A new potential market I’ve found for flash and short-shorts is QuarterReads. The tagline is A short read at a fair price. Perfect. No one’s trying to get rich here at Ruckerpedia (wait, what?). And I wouldn’t dare think to charge more than a quarter to read a 800 word flash piece over at, say, Smashwords. No, Smashwords is where my longer works once were and shall be again (or at least that’s the plan). When the 250 word micro Shard was available there it was available for free. It will be again. But of course you’re here now. You could just read it here.

Speaking of free, a couple of free book reads I recently grabbed for the old Kindle are: Fade to Black and Ducks In a Row by my friends Tim McBain (w/ LT Vargus ) and Michelle Garren Flye, respectively. Check’em out! 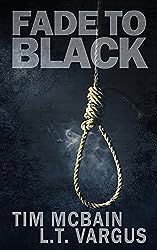 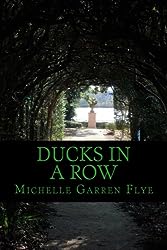