I scaled back my TV show consumption for the 2016-17 season, and when the shows I do still watch went into their Fall-into-Winter mid-season breaks, I was able to ramp up some gaming time on the X-Box One console. To help savor and prolong the experience as well as stave off over-playing and allowing an inordinate time-suck, I’d put together a nightly schedule of them that pretty much mimicked a nightly TV schedule rollout. My game playtime is typically during primetime hours, of course, after the kiddos head to bed and before I return to my office for one last hurrah of creativity before calling it a day.

The weekly roster consisted of the following: 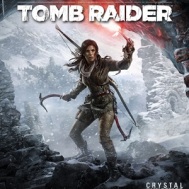 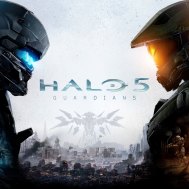 But after two or three weeks, the schedule faltered, of course. And now the games contend with the returning TV shows. But I plan on devoting more weekend time to them since it’s Winter and I’m still in hibernation when it comes to out-of-the-house activities cuz, yeah, fuck the cold.

All games played are great, I can’t real pick a favorite of the bunch. Some standout for how unique they are in terms of storytelling (I almost always prefer story-based games). Murdered: Soul Suspect, which I also got for free from Games with Gold, is a really neat and immersive game with its paranormal detective concept (a murdered detective has to solve his own murder case before he can move on). Mafia III is also quite immersive with the assumed role as a Vietnam War vet coming back home to take on the Italian mafia. as an almost Grand Theft Auto type action-adventure except it’s far more story-based and cinematic–I treat it like an HBO show.

And looming on the horizon are the new Mass Effect: Andromeda game in March, and I believe the new Prey game drops in April. There’s another sci-fi game coming out that I can’t remember the name of as well. I also recently downloaded Outlast thanks to Xbox Live’s Games with Gold offer.

So many games, so little me.

What videogames are you playing these days?