It’s summer reading season in my household. Wife & kids have already begun their preemptive strike and as the proverbial slowpoke I’m playing catchup. I went to the library this past weekend to pay my dues…I told the library clerk that I was paying my annual dues. She chuckled, but I as serious. I always end up paying at least about $10 bucks a year to the local library for late fees. It’s just my way of giving back to the community. At least that’s my way of looking at it.

As for summer reading, unfortunately I am at a huge disadvantage because I have lots on my writing plate this summer, with a major editing project to wrap up in early July, and a novel to get back to. Since wrapping up the latest issue of Liquid Imagination in May, I’ve gone into selfish mode for June as I am spit-shining and polishing the dozen and a half stories selected for my forthcoming short story collection (tentatively due late September), one story at a time. Most of these stories go back some years, and today I’m a different writer in alot of ways than I was then, so it’s always interesting to revisit old works and apply the current you to blend with the old you. Since I’m my own worst critic, I’ve enlisted the help of a couple of colleagues who are just as ruthless as editors as I. I still have four stories I’m finalizing for specifically-themed anthologies as well that I’m pushing to the finish line. [More on the story collection as I get closer to release. I’ll reveal the title and the cover in due time.]

July is still bullseyed as official ‘back-to-the-novel’ month as has been the goal all year long, but prior to that I will need to close out the editing/formatting of the Local Heroes anthology I’m doing for Static Movement. The deadline is June 30th and I have a head start on the editing, but I will have to intensify efforts in the closeout to meet my goals.

Nonetheless, I squeeze in reading whenever I can. Don’t want to be lagging too far behind the family, voracious reading creatures that they are. In my backpack is a rotation of the following books currently: 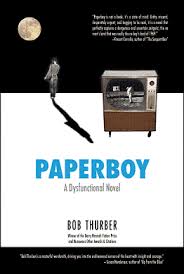 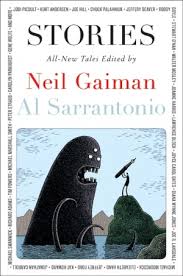 Paperboy, a book I’ve tasked myself with promoting for my author buddy Bob Thurber, is a great read (I’m about a third through it so far).
Stories: All New Tales will likely only have a handful of great stories, one of which by Neil Gaiman himself.

I love noir and hardboiled fiction, especially when it’s just straight up crime fiction. This huge Best of American Noir book tapped me on the should at the library and gravelly said “Eh, you need to read me, bub.” A lot of my favorite crime writers are in there like Ed Gorman, Mickey Spillane, Elmore Leonard, and David Morrell.
Beneath the Surface of Things by Kevin Wallis. He’s another writer buddy I’d like to promote as well. He’s hard at work on his debut novel, but this is his short story collection form last year that is at least partially responsible for me deciding to release one as well, though mine won’t be nearly as good as his. Dude’s a heck of a horror, writer, if you dig that.
And recent additions to the stack o’ comics on my desk:

My first ever issue of Ed Brubaker and Sean Phillips’ Criminal. Not a bad read. As a set up issue it’s a bit slow, but judging by the cliffhanger ending shit’s about to get real interesting.
Rick Remender continues to write the best book in Marvel’s X-Men franchise and that is Uncanny X-Force. He’s arguably the X-Men’s best scribe since Grant Morrison in the early 2000s. Very pleased with this series, just wish they’d settle on a permanent and good artist (Jerome Opena, please!). 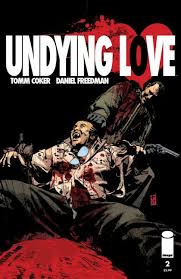 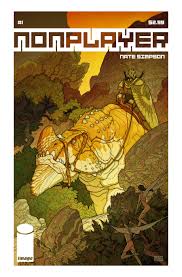 Two indie books from Image Comics that really got me excited about all the diverse creator-owned stuff coming from them lately (including Elephant Men which I still haven’t read yet). Undying Love (by Thom Coker and Daniel Freedman) is a cool ass action noir Japanese/American vampire movie distilled into a darkly beautiful comic. Two issues in and I’m hooked (of couse it’d be better collected into graphic novel, my preferred method of reading). But I’m along for the monthly ride…for now.
After picking up Nonplayer of the shelf and looking at its beautiful pages, there was no way I couldn’t buy it. Stunningly gorgeous art by Nate Simpson. I love the concept as well. Unfortunately he’s a one-man show on this comic, drawing it digitally on his computer, so he warns in the afterword that this series will be slow coming. But I think it will be worth the irregular wait.
What I haven’t read is a good biography in a while. I read biographical books much faster than fiction tomes for some reason. There are pleny on my to-read list too.
Sigh.