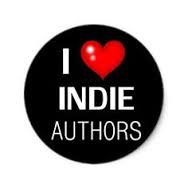 There’s an interesting article on Don Massenzio’s Blog entitled “Self-Publishing – Your Fellow Authors are not Your Enemies – Let’s Help Each Other”.  As many of us have learned in our arduous journey through writing and publishing, it’s our fellow authors who have been great resources to us.  If you’re an author in the self-publishing arena, I highly recommend you read this article.

As a huge advocate of my writing brethren, I’ve long believed in the spirit of this and four years ago I was really trumpeting a horn in a call to arms, summoning my fellow authors (at least in my small network) to band together for the common cause of supporting and promoting one another across the vast virtual landscape of the Internet.  At the time I was a member of the Board of Directors for the Silver Pen Writers Association.  In 2011 I strongly believed in the need to create a website that could somehow become “the MySpace or Facebook of and for indie Authors” – a kind of one-stop place to showcase, share, support, promote and purchase the work of authors webbed together in a tight network.  Lofty and ambitious? Sure.  Expensive?  Undoubtedly.  However, a few of those ideas were implemented during the creation of the Silver Pen Writers website (though its true essential purpose served to be a place of nurturing new authors as well as a place of refuge from a once prosperous virtual home).  And like its predecessor, the SPWA site is a little more insular than my overall overreaching idea, but it’s still a great resource, particularly for budding and novice authors just starting to enter the fray.

In recent times, we’ve seen devices such as Facebook recede from being as helpful a tool as it could be for small businesses on a low budget, and social-networking just-trying-to-get-on-his/her-feet new authors have also been a casualty of this. Sure, there’s always Amazon, but that place, just by its nature of being a mass market, all encompassing commercial site simply devours the unknowns (some of them perhaps rightly so) into a pit of even more opaque obscurity.

So here in 2015 the question still remains: Where’s that literature-loving, on-his-deathbed billionaire who’s looking to be a behind-the-scenes benefactor to the thousands of potential next Hemigways, Poes, Rowlings and Kings out there before he kicks the bucket?

Speaking of self-published authors, my next post will be about my author buddy Reggie Lutz.  Come back for that, will ya?

Until then, and even after, y’all be good to one another.

This beautful shot of our campsite was lovingly shot Friday night (July 15, 2011) by Sue Babcock (yes, that’s my big dome glowing under the lights)
The first ever Silver Pen in-person meeting (and camping adventure) was a success. I even arrived about 20 minutes early to our meeting place on Friday after a 3.75 hour drive (complete with a few detours, most of which by fault of my own).
Association Directors in attendence were Liquid Imagination publisher and Managing Editor John “JAM” Arthur Miller (Secretary) and Sue Babcock (Vice President), Silver Pen and SilverBlade founder/publisher, Karl Rademacher (President), lawyer John Krupa (legal consultant) and Me (Treasurer). That’s 5 of the 14 of us on the Board of Directors.
Friday was for camping, conversation, gossiping, brainstorming ideas, fire-kindling, relaxation, eating (chipotle brats, YUM!), the boardgame Blokus, urinating in the woods, firefly armada observation (two small children were in tow and in awe), and much spraying of various cans of OFF! bug repellent. And sleep, which I did surprisingly well, all things considered. Didn’t get any reading done, though.
Saturday was the day of our actual conference at the office where we had other Directors call in for an intense meeting of the minds for how we plan to procede with getting Silver Pen truly off the ground. It all pretty much plays off of an idea that I concocted and proposed back in April, plus another initiative that’s already underway that focuses on child literacy.
After a nice luncheon at Olive Garden where even more intense discussions emerged, we finally adjourned Saturday afternoon to return back to our respective corners of the world with plenty of agendas to further develop in the future and lots of work to do on our immediate initiatives.
Good times.
About Silver Pen Writers’ Association: The Silver Pen Writers’ Association is an IRS recognized 501(c)3 tax-exempt organization. We started with a concept: provide information and mentoring needed to produce quality writing and quality online publications to showcase excellent stories, poems, essays and novels (in a nutshell).

This past week I have decided to self-publish a collection of short stories called [CLASSIFIED]. It will be 15 stories, a mix of shorts, flashes and micros.  I have amassed a pretty large vault of stories since the mid-90s, many of which I’ve just been  hoarding like some possessive little hermit for one reason or another. Most of them are from a time when I was a writer who was much more prolific and not as distracted with family and other commitments. One story is newer, and another is so brand new it’s not even written yet, but it is one I have been mulling for a few weeks now that will be a tribute to Nippon-koku/Nihon-koku/Japan. My intention is to release this collection sometime in July, so I will be polishing those babies up and getting them nice and pretty for their big day. What’s not decided yet is if I will take a stab at Amazon’s new self-publish direct to Kindle platform, or just go with Smashwords. And speaking of Smashwords…

It should be noted that the bottom two were once erroneously listed as for sale at $1.99 and $.99, repectively (my error). “Candice” was rectified last week, and I just fixed “All Things” today. I’ve set both up for Premium Distribution to all the major digital retailers. Should only be a matter of time ‘fore they arrive at those venues. In the meantime they are available for FREE read and download over at Smashwords.

It’s cool to see that a bunch of people have read your writing. Without readers, writing is a little less relevent. Art is to be shared with humanity, not hoarded away from it.

Not sure when I will get to the Round 2 matchups for the Gen. Rock & Alt-Rock Region in the Battle of the Bands Tournament. I have a lunch meeting this afternoon in Downtown Indy with Silver Pen founder/president & colleague, Karl Rademacher (whom I’ve talked to, but not yet met), who is in town on business. I haven’t lived in Indianapolis in some five years now (although I started working down there again last summer), and I typically loathe driving in downtown traffic (I hate one-way streets). So Rademacher’s lure, aside from the requisite good company and conversation?

Well, I’m no fool. I’ll be Downtown this afternoon. I have no idea where we’re going to eat and chill. Maybe I’ll take pics. Maybe we’ll get some good ideas going for our fledgling Writer’s Association.

Perhaps later today I’ll get back to the Battle of the Bands Tournament. If not today, then tomorrow will be a triple-header.

Off to the shower, but before I go, I found some beautiful music by Sleepingdog thanks to one Warren Ellis (the English writer, not the Australian musician).