What a bummer. A decade ago when I first started properly blogging over at Blogger after having done the whole micro-blogging/social media thing with LiveJournal>Friendster>MySpace>Facebook and the beginnings of Twitter, it was mostly inspired, influenced and guided by “Internet Jesus” Warren Ellis.

I’ve swapped out the theme here a couple of times. The first time, it was because a theme update (Meks Typology) fucked itself up in a handful of ways, and because Jetpack updates would fail catastrophically and take the whole website offline, requiring me to FTP into the site and manually delete the Jetpack plugin and the thousands of busted files it would litter into the system. I went to a simple theme called Uncluttered. Jetpack seemed to behave, but the theme was broken and would only display images on the first page of posts. So I went to another simple theme that did not do this. And then the next Jetpack update busted the whole site.

(Later): I like WordPress. I’ve used it for many things for many years. I like the mobile app and the flexibility it gives me in posting from my phone in my preferred formats. But I am starting to regret not trying to make a blot.im instance work for my needs.

I’ve liked being here and doing this. But I may have to shut it off and start again. Or? If it really does require hours a week of deleting exploded files and sacrificing something to Satan every time I click a button? Just shutting it off. I came back to blogging too late, and shit stopped working.

via On This Return To WordPress — WARREN ELLIS LTD 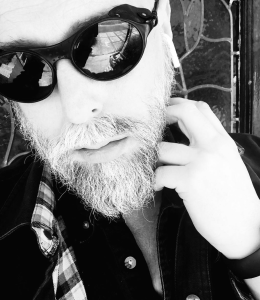