This weekend I must prepare for the launch of my self-publishing endeavors over at Smashwords. I am going to kickoff with four short stories ranging in length from under 500 words to slightly over 5000 words. I already have a cover made up for “Shard” (see sidebar), but I have three others I need to design. Gonna need to proofread the stories again, even despite them all having been previously published in low-circulation publications.

I’ve got a hearty handful of short stories that are 3/4s, 3/5s and 4/5s away from the finish line. If I wrap up at least two of those and get them sent off by Monday, then I’ve been a focused and rather busy bee. That means I’ll be at odds with sleep, which would be a little unfortunate as I’ve played that game all week already and it’s caught up with me. Even though I’m far from BFFs with the sandman (i.e. sleep), I do understand the importance of that particular non-active activity.

I will also being playing some guitar, some bass…maybe the keyboard along with the drum machine to start composing some new music. Not sure what’s going to come out of me considering the variety genres I have swirling around in my head since the stuff I regularly listen to is so diverse. I haven’t seriously written any new music since the end of summer, so I’m pretty anxious to see what manifests.

– Another project this weekend is to find away to convert the DVD of a 2006 Motosota @ ORANJE show we performed into a more common and editable format. Stay tuned on that.

– I also need to record a tutorial video for a 2008 song of mine called “The New Regime” for Joshua Hooten, my old friend/guitar buddy/Dichotomous metal partner. Which reminds me that I need to learn some new guitar riffs of his as well. Should probably upload another one of our old tunes to ReverbNation+Facebook as well. Just not sure which one. 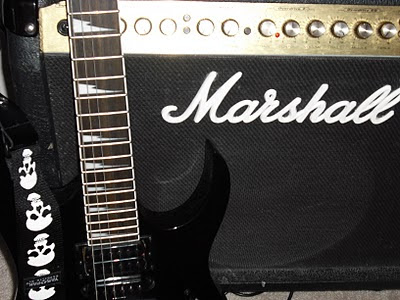 Two of my best friends